Between the years 2012-2014, Kurt J. Kolka wrote a series of news articles on the subject of modern bullying. This was partly due to the fact media reports of bullying and child suicide were growing and he also had been bullied for about 10 years as a public school student, a problem which was never resolved. In August 2014, Kurt published a book on bullying called "Bullying Is No Laughing Matter" through Front Edge Publishing LLC. The book featured comics and stories of bullying by well-known cartoonists.

To Kurt's amazement, many people came forward to share their bullying stories with him, including childhood neighbors, who he did not know were being bullied at the same time as he was.

Kurt has also put on anti-bullying presentations for both parents and kids. He continues to enlighten people today through articles, personal appearances and book signings.

A website for the book, "Bullying Is No Laughing Matter," was created by Read the Spirit, LLC. It features comics and testimonies by a variety of cartoonists from varying backgrounds. 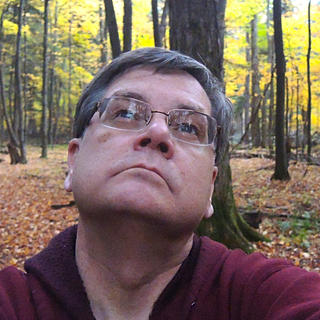 JOHANNESBURG — Danica Nowak, guidance counselor at Johannesburg-Lewiston High School, is part of the team whose responsibility it is to...
12 views

Bullying leads one survivor into a counseling career

GAYLORD — In the year since she began her private practice in Gaylord, Kristin Lubs Eagle has seen a number of clients who suffer from...
2 views

GAYLORD — Local school districts have been making changes to their policies since Matt’s Safe School Law was signed into law two years...
3 views

A counselor’s advice for bully victims: Don't suffer in silence

GAYLORD — In her experiences helping others as a counselor at Catholic Human Services in Gaylord, Pam Morgridge has found often those...
5 views

Gaylord man comes to grips with being bullied as a youth

GAYLORD — "I’m gonna get you!” Those words from a sixth-grade bully echoed in the mind of Tim Morgridge for three decades, impacting...
3 views
bottom of page